The Second Sight Project was previously known as Eyecare 2000. It was conceived by OSSA in 1999 to assist government in achieving its goal of eradicating cataract blindness in South Africa by 2005.

Eyecare 2000 developed into a coalition with the Vision 20/20 Right to Sight International Project of the World Health Organisation and was coordinated locally by the Bureau for the Prevention of Blindness.

During the first four years of Eyecare 2000 it was well supported by funding partners and a total of 2 191 cataract surgeries were performed. From 2005 focus and funding began to shift to other national priorities – particularly the HIV epidemic – resulting in very slow progress being made with cataract surgery rates in most of the country. The national cataract surgery rate still lags far behind International norms (even for developing countries).

In 2014, OSSA committed to resurrect the project and established the Right to Sight Trust to coordinate, manage and raise funds for the project.

The following year, the cataract project was formally named Second Sight. The project is currently supported by leaders in the pharmaceutical industry that sponsor consumables for procedures as well as by funding partners that donate funds to assist with the cost of surgeries. 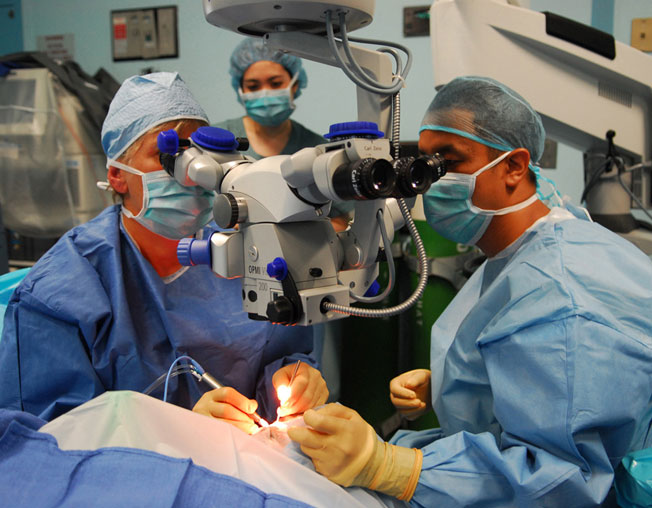